U.S. Suicide, Alcohol, and Drug Deaths Are at Record Levels. Cannabis Can Help. 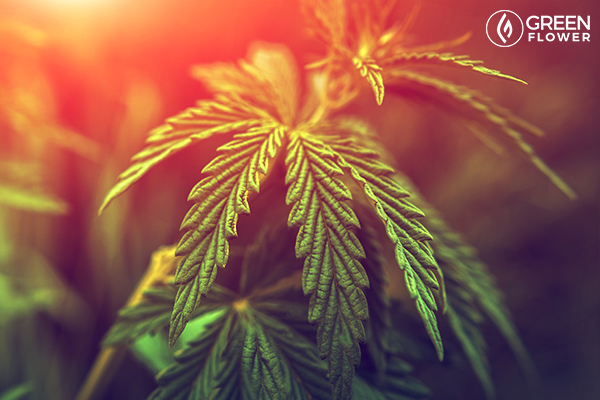 Losing a loved one is never easy. It can be especially difficult when the cause of death is potentially preventable.

The bereaved are left wondering if they could have done something differently and wishing that they could turn back time. It’s very sad.

Three of the leading causes of death in the U.S. that can be proactively addressed are suicide, alcohol abuse, and drug use.

Unfortunately, the most recently released data shows that deaths due to suicide, drug use, and alcohol have reached record levels in the United States.

What the data says

According to an analysis conducted by the Centers for Disease Control and Prevention, the national rate for deaths from the three causes rose from 43.9 to 46.6 deaths per 100,000 people in 2017.

That is a year over year increase of 6% compared to the data collected from the year prior.

“It’s almost a joke how simple we’re trying to make these issues. We’re not changing direction, and it’s getting worse,” psychologist Benjamin Miller of Well Being Trust told USA Today.

As a nation, we really need to look at and consider all viable options for battling these issues, including an herbal plant that has been found to help and has never killed anyone.

Suicide is a particularly painful subject for many people. It’s a major issue in the United States, especially among military veterans.

Anyone that has ever lost a loved one to suicide will tell you that it’s a pain that lasts forever, assuming that they can even talk about it at all.

A number of factors contribute to someone getting to a point of taking their own life, with depression and PTSD being two big ones.

Researchers at the University of British Columbia looked at cannabis and mental health and concluded that “cannabis may help with symptoms of depression, PTSD and social anxiety.”

One study found that medical cannabis legalization was associated with a 6.9% reduction in suicide rates.

It’s obviously a case-by-case situation, and cannabis should never be forced on anyone. However, it’s absolutely worth looking into if you or someone you know is experiencing suicidal thoughts.

Cannabis could be a viable solution to treating alcohol abuse

Cannabis has been found to be roughly 114 times safer than alcohol. That’s a fact that more people need to be aware of.

Whereas alcohol is legal and largely accepted in the U.S., cannabis is still illegal at the federal level and in many states.

Because of the legalities and stigma involved, many people turn to alcohol instead of cannabis, even though cannabis is exponentially safer.

A number of studies have found that people reduce alcohol use if cannabis is a legally available alternative.

People shouldn’t be shamed and stigmatized because they use alcohol, but they absolutely should be able to legally make the safer choice if they want to.

Cannabis could be ‘the exit drug’

For many years cannabis opponents have clung to the debunked claim that cannabis is a ‘gateway drug’ that leads to the use of stronger substances.

A growing body of work has actually found the opposite – that cannabis can be used to help reduce people’s use of more harmful substances such as opioids and other pharmaceutical drugs.

It’s no secret that we are in the midst of an opioid crisis in the U.S., which is heavily contributing to the record level of deaths due to drug use in this country.

A significant amount of studies have found that legal access to cannabis has been associated with reduced rates of opioid and pharmaceutical drug use.

Cannabis is effective at treating many conditions, including chronic pain. As with alcohol, many people will choose the safer choice instead of pharmaceutical drugs if legal cannabis is an option.

What you can do to help make cannabis more available

The more widely available cannabis is, the more the healing plant can help those that suffer from alcoholism, drug abuse, and mental issues that contribute to suicidal thoughts.

Sharing the results of that study with federal lawmakers, and other studies cited in this article is one of many ways that people can help increase access to cannabis.

Talking about these issues is not an easy thing to do with some people. Be thoughtful and mindful in your approach.

Sharing this information could literally mean the difference between life and death.

Knowledge of Cannabis Fundamentals Is Important for Everybody

The online Cannabis Fundamentals Certificate Program covers everything you need to know about the essentials of cannabis. Cannabis history, science, botany, products, effects, dosing, and much more.

Does Cannabis Have Negative Interactions With Your Pharmaceuticals?

CBD Can Help You Quit Smoking, According to Studies

COVID-19 & Cannabis — Could An OTC Therapy End The Pandemic?

5 Big Reasons Why Cannabis is Not a Gateway Drug