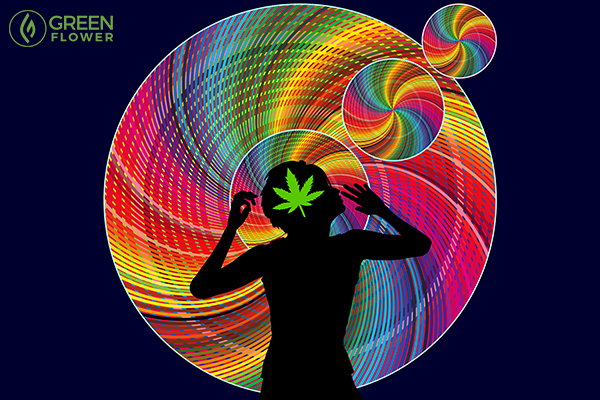 Claims that cannabis use causes psychosis and other mental health problems is not a new phenomenon.

From the very beginning of the push to prohibit cannabis, opponents have tried very hard to portray cannabis use as being an extremely risky behavior.

The results of a new study were released recently in which cannabis was associated with increased chances of psychosis.

Should cannabis consumers be worried?

What did the recent study say?

Researchers conducted a case-control study across ten European and one Brazilian site which looked at whether there’s an association between high-potency cannabis and increased psychosis rates.

The researchers concluded: “Cannabis use is associated with increased risk of later psychotic disorder but whether it affects incidence of the disorder remains unclear.”

Conclusions from the study made headlines around the world and were quickly pointed to by cannabis opponents as ‘evidence’ that cannabis is bad for people.

It’s not the first study to find a data association between cannabis use and increased risk of mental disorders, but it did rekindle a well-established talking point for cannabis opponents.

Should cannabis consumers be worried?

Data does seem to indicate that some people in some situations may be at an increased risk for mental health issues if they consume cannabis. It’s a serious issue that shouldn’t be brushed aside.

However, the data and increased risk need to be put into context. Just because someone consumes cannabis doesn’t mean that they will automatically experience issues.

If you fall into one of those categories, you need to make the decision that is right for you, and should probably seek medical advice prior to cannabis use.

It’s a completely personal decision that individual consumers need to make, and it’s always best to err on the side of caution when mental health is involved.

What do cannabis health experts say? 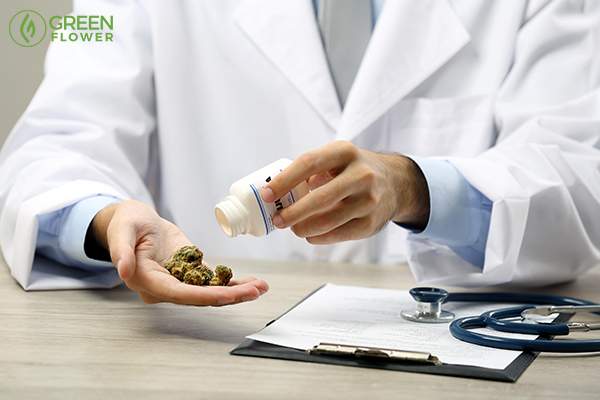 Many doctors that were quoted in stories about the results of this recent study do not specialize in medical cannabis.

It’s not surprising then to see them jumping to conclusions that are not necessarily 100% accurate or are too overly broad.

Green Flower reached out to Jordan Tishler MD who is a leading professional in the medical cannabis field to help us put the results of this study into context.

“I think this study, along with others recently, is very concerning. However, there are some major issues with interpreting this too broadly,” Dr.Tishler says.

“First, in 5 years across 11 sites, there were only 901 cases. This is not convincing for a major public health problem. Second, it’s a retrospective case-control study which means it’s not possible to show causality,” Tishler added.

“Third, and possibly most important, the quality of the data is only as good as the diagnosis and documentation that went along with it. Since any cannabis use can be construed as a first psychotic episode, and often is erroneously so construed, it’s not clear that the 901 cases were actual cases.  There is no discussion of subsequent events for these patients.”

Putting the reaction from cannabis opponents in perspective

The architect of cannabis prohibition in the U.S., Harry Anslinger, often pointed to a case in Florida in which a person murdered his family due to ‘cannabis addiction.’

He left out the fact that this person already had a history of mental illness.

In the prohibition propaganda film Reefer Madness people are shown acting very crazy after consuming cannabis. Those examples are based more on political rhetoric than they are actual reality.

Again, people that have a history of mental illness in their family and/or are exhibiting poor mental health symptoms should take the situation very seriously and possibly refrain from cannabis use.

But the risks involved need to always be put into context and the other wellness needs of the consumer need to be considered as well, and an educated decision be made from there.

Knowledge of Cannabis Fundamentals Is Important for Everybody

The online Cannabis Fundamentals Certificate Program covers everything you need to know about the essentials of cannabis. Cannabis history, science, botany, products, effects, dosing, and much more.

Does Cannabis Have Negative Interactions With Your Pharmaceuticals?

CBD Can Help You Quit Smoking, According to Studies

COVID-19 & Cannabis — Could An OTC Therapy End The Pandemic?

5 Big Reasons Why Cannabis is Not a Gateway Drug