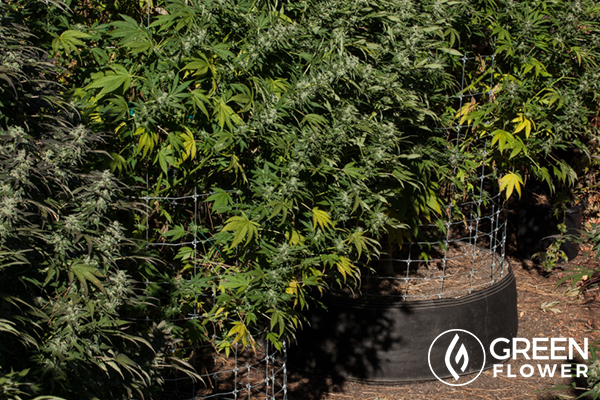 How much do you know about your cannabis crop’s microenvironment?

Terroir is a fascinating concept.

What is it, you may be asking?

In essence, it’s consideration of the local microenvironment and how it affects the crops produced there.

Terroir is one of the most widely-known concepts in wine-making, and is also considered important in cultivation of hops, coffee and maple syrup.

It’s an ancient concept but did not become a major industry buzz word until the 20th century, when international regulations on wine origins began to be implemented.

Why is Terroir So Important? 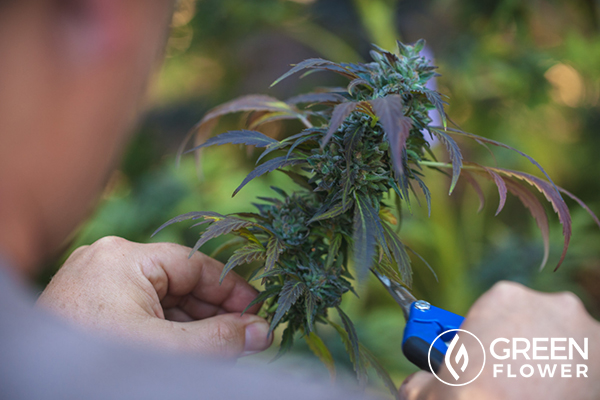 Right now, scientists in Washington are looking at the effects of terroir on cannabis phenotype.

They’re looking at what’s known as epigenetic change – changes that can occur within the lifetime of an organism, but which can be passed down to offspring.

That’s right – contrary to the primary evolutionary force of random mutation, epigenetics is now known to be an incredibly important aspect of evolutionary change.

With cannabis, it may be a big part of why the genus is capable of adapting to new habitats so quickly.

It certainly seems to play a role in the ultimate characteristics of a crop, even if the what and the how is not altogether clear at this stage.

Let’s look at what we do know about the different aspects of terroir, and how they work together to influence the final characteristics of a cannabis crop. 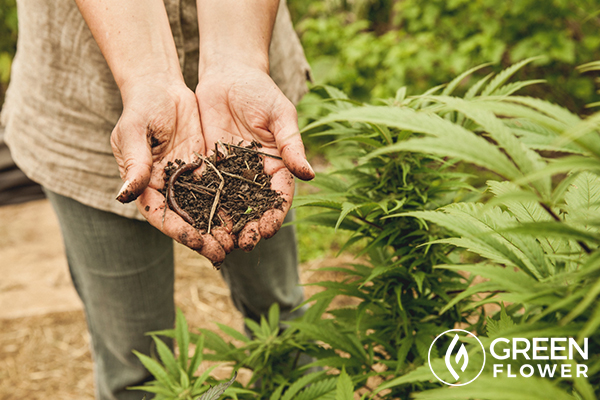 What’s in your soil, exactly?

Soil constitution is a fundamental aspect of terroir.

The same type of grape (or cannabis!) grown in two different terroirs can exhibit very different characteristics, due to subtle differences in climate and a range of other variables.

For example, Chardonnay wine produced in Chablis is thought to taste different to Chardonnay grown elsewhere, possibly due to the high iodine levels in the local soil.

Similarly, the same OG Kush grown in Humboldt may express very different characteristics when grown in the high Sierras.

Of course, what works for wine may not work for cannabis.

Sonoma County farmer Erich Pearson found that his heavy clay soils, which grapes can thrive in, don’t drain well enough for cannabis. So he’s shipping in loam and peat from Oregon to actually modify his terroir and make it more suitable! 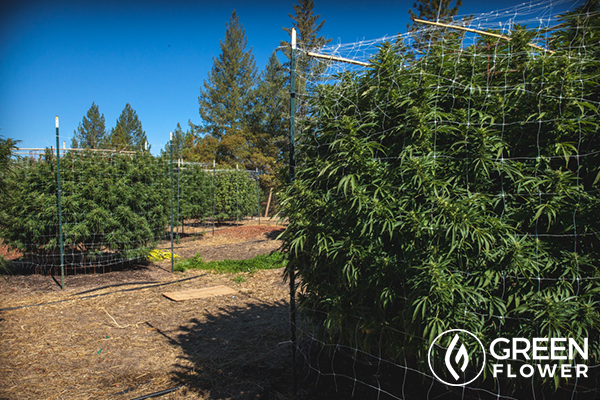 Growing climate has more variables than you might realize.

Terroir goes far beyond soil type to include almost every aspect of wine production.

Macroclimate is the climate of the region – in wine-making, it’s the DOC or appellation of origin, equivalent to Napa Valley, Burgundy or Cinque Terre. Cannabis farmers are now calling for a system of appellations similar to that used in the wine industry!

It’s even possible to go one step further and talk about canopy microclimate, which is the environment immediately around a single plant.

Factors such as plant size and canopy thickness may influence rate of transpiration and local relative humidity, and so on.

When it comes to cannabis, these distinctions could be useful in determining the cultivars of cannabis that would thrive in certain locations, and in eliminating those that won’t.

For example, if the northwest quadrant of a field is prone to high humidity and low nighttime temperatures, a mold-resistant strain would be the obvious choice. 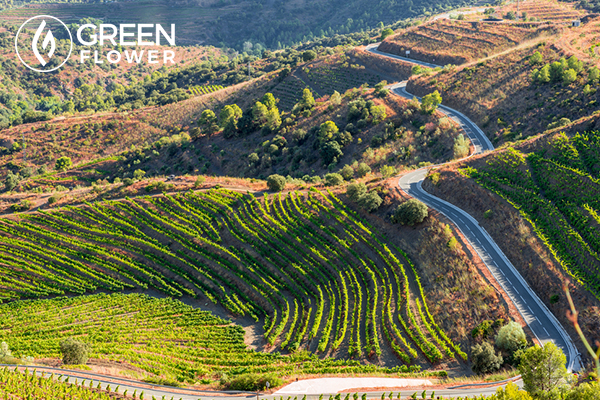 Where and how is your crop situated?

Geomorphology is the shape of the earth, and in wine-making and other forms of agriculture, it can have a great deal of influence on the final characteristics of a crop.

Aspect of slope is one basic consideration. Almost anyone who has ever farmed or even owned a garden will understand how much more productive a south-facing garden is compared to a north-facing, for example.

As well as aspect, other important variables include the drainage characteristics of the soil and bedrock, degree of exposure or shelter to the elements, and rate of weathering and sediment transport. 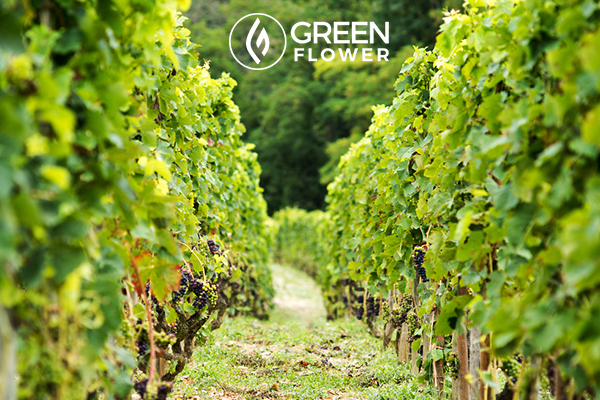 The right nutrients will enable your cannabis plants to thrive.

Nutrient choice is another factor that can influence the terroir of a particular grower or winemaker.

For example, use of organic nutrients is often mentioned in descriptions of terroir. This is mostly because of their ability to yield richer, fuller flavors and aromas – but it’s how they do it that’s really fascinating.

Organic nutrients have a major advantage in terms of their ability to support microbial life, a fundamental aspect of terroir.

It’s all about balance – organic nutrients allow for the subtle readjustments of macronutrients and micronutrients that allow complex soil ecosystems to maintain and thrive.

Rather than sending simple macronutrients straight to the plant, complex organic nutrients rely on microorganisms to break them down into forms the plant can digest.

In essence, they produce an environment that microorganisms can thrive in. You could say that organic nutrients feed the whole soil, not just the plant. 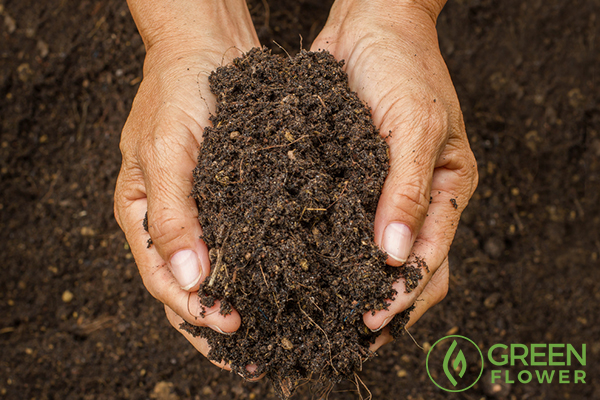 Soil is actually a complex thing.

Another fundamental aspect of terroir – and perhaps the most important of all – is the local makeup of soil microorganisms.

There are millions of species of bacteria and fungi that inhabit the rhizosphere (the thin layer where roots and soil organisms interact), and their precise composition varies widely according to location.

The same strain in two different soils will interact differently with the local microbiome, to produce subtly different end results.

Furthermore, it’s not as simple as it seems at first – different strains in the same environment also interact differently with the local microbiome. The number and frequency of specific soil microbes will actually increase or decrease depending on the strain!

These factors all work together to influence the final aroma, flavor and effect of your cannabis!

To get the most out of your cannabis, you should try to optimize your terroir according to the varieties you are growing.

Some varieties require very specific environmental conditions, and will not thrive in different conditions.

This is true of many local grape varieties, just as it is of many landrace varieties of cannabis.

Specific terroirs have already given us dozens of distinct landraces such as Durban Poison or Acapulco Gold, which have evolved over time (and with the help of local people) in their unique environments.

For a fascinating insight into terroir and landrace cannabis, check out Frenchy Cannoli’s recent article from Weed World.

On the other hand, taking varieties out of their natural habitat and exposing them to different conditions may bring out distinctive new characteristics, such as with the example of Chablis.

Alongside this, crossing and breeding existing varieties can lead us to new hybrids capable of thriving in specific new environments.

Trusted by top universities, utilized by companies around the world, and endorsed by the leaders shaping the modern cannabis industry, Green Flower courses are the gold standard in cannabis education and training.
Start Learning Now
1 comment
0
FacebookTwitterLinkedinReddit
previous post

Yet Another Study Shows Cannabis Can Help Curb Opioid Use

I liked this website and information. Really very useful. Thanks for sharing this article with us.