The History Of Cannabis Advocacy

Cannabis and hemp plants have existed on this planet for thousands of years. The plants maintained a prominent place throughout cultures across the world, being used medicinally, industrially, religiously, and recreationally by humans as early as 2,500 BCE. It wasn’t until the beginning of the 20th century when criminalization began to take hold, setting off a chain of events that ruined countless lives over the last hundred years. But why did cannabis become illegal in America in the first place, and how did we get to where we are today? The Green Flower guide to the history of cannabis advocacy is here to set the record straight.

The Origins Of Cannabis Criminalization In The U.S.

Cannabis was widely accepted (particularly as a pharmaceutical) up until the early 1900s. When a wave of immigrants flooded the American Southwest from Mexico after the Revolution of 1910, many locals began to express fear and distrust of their new neighbors. This racism soon manifested in the form of public policy shifts on cannabis that unfairly targeted people of color.

In 1914, the City of El Paso, Texas passed the first ban the possession of “marihuana,” promoting the theory that the “Mexican locoweed” would cause users to descend into murderous delirium. The criminalization movement spread like wildfire, as officials in other communities sought to demonize the plant to justify banning it and arresting those in violation. 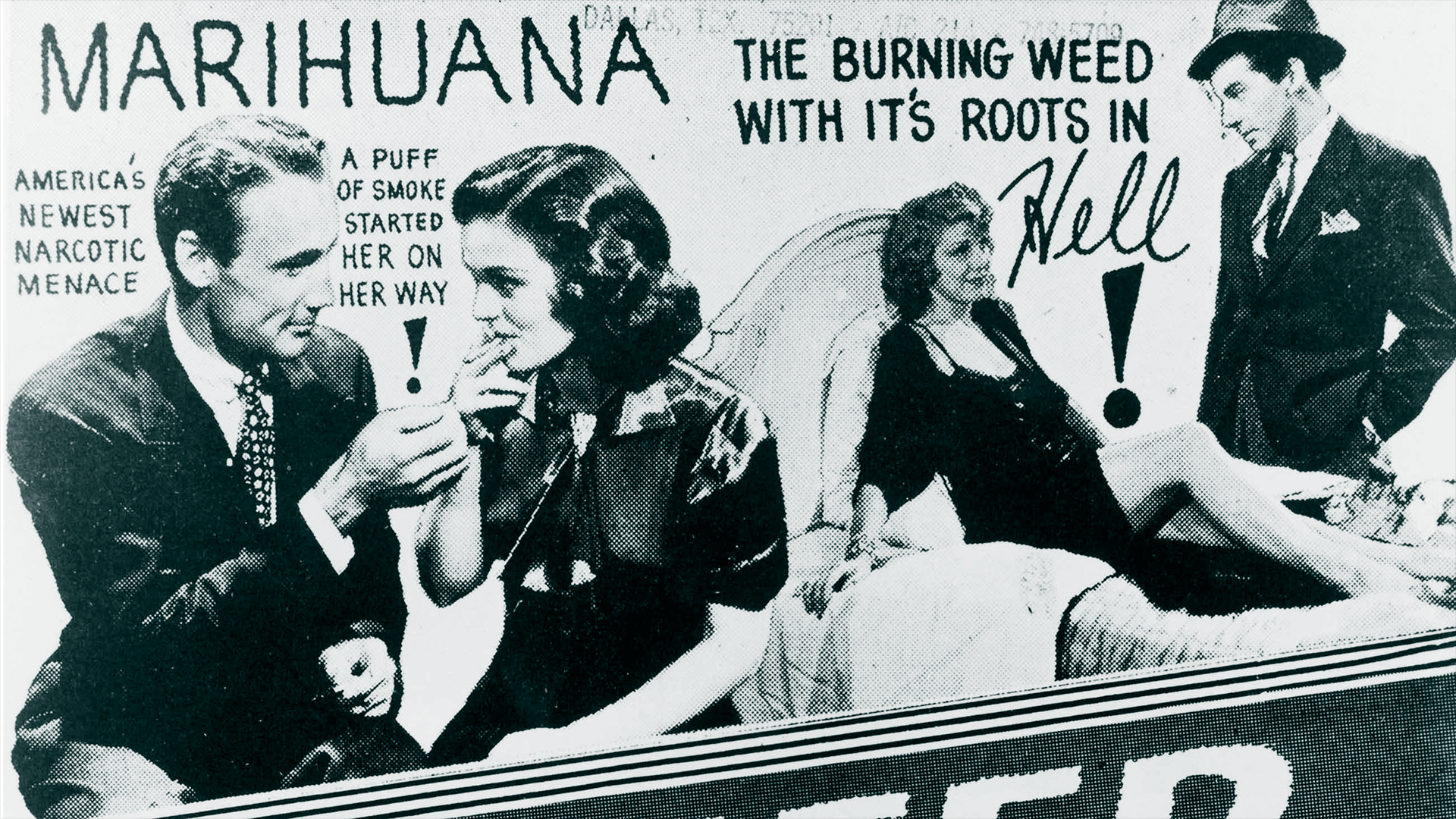 Nationwide cannabis criminalization did not come into the picture until the 1930s, when Henry Anslinger, the first commissioner of the U.S. Treasury Department’s Federal Bureau of Narcotics, made the plant the object of his disaffection. As the prohibition of alcohol ended, Anslinger needed a new vice to blame for society’s ills. Propaganda designed to create public panic about marijuana use began popping up in theaters and newspapers. The infamous film “Reefer Madness” was one of the most prevalent anti-pot pieces of the time, portraying people who smoked marijuana as sex-crazed lunatics prone to violence.

Further pressure from industrial influences looking to decrease reliance on hemp fibers is also thought to have paved the way for the introduction of the Marihuana Tax Act of 1937, Anslinger’s crown jewel of criminalization. The Act called for the taxation of marijuana and hemp products via designated stamps — which were impossible to obtain. Enforcement of the Act was swift. The passing of the Boggs Act in 1951 created mandatory minimum sentences of 2-10 years for first-time drug law violations.

By 1968, the United States had erupted in political chaos. The anti-war and civil rights movements were gaining speed, and drug use (including cannabis) had become associated with the so-called counterculture. In response, President Nixon designated drug abuse as America’s “public enemy number one,” launching a full-blown “war on drugs.” It was later revealed by a Nixon advisor that the move was conducted as a way to prosecute those who were deemed to be enemies of the administration, including people of color and “hippies.”

The Controlled Substances Act of 1970 created five categories or “schedules,” with cannabis receiving the designation of Schedule I, which is reserved for substances with no known medicinal value and a high risk of abuse. Other drugs in this category include LSD and heroin. States can then use these categories as a basis of setting sentence standards for crimes related to possession and distribution. Nixon’s administration pushed for harsher mandatory minimum sentences, as well as enforcement tactics like no-knock warrants and high-profile raids. Soon, thousands of Americans from predominantly minority communities faced arrested and long-term imprisonment for even simple possession of marijuana.

As the federal government continued its crusade against cannabis, a resistance to counteract such measures was growing. A young attorney by the name of Keith Stroup, who had been working on consumer protection efforts alongside Ralph Nader, helped found the National Organization for the Reform of Marijuana Laws also known as NORML. The non-profit organization led grassroots efforts to change the public perception of cannabis with the goal of ending the War on Drugs. Other cannabis advocacy organizations began to sprout up over time, including the Drug Policy Alliance, Students for Sensible Drug Policy, and the Marijuana Policy Project. However, NORML is largely considered to be the oldest and one of the most influential.

“Initially, our focus had to be primarily on eliminating the practice of treating marijuana smokers like criminals,” Stroup told Green Flower. “We had to overcome the negative stereotype that most people had of smokers.”

Stroup and his counterparts led state-by-state efforts to decrease arrests for minor cannabis possession, succeeding in several. However, no one could have prepared the group for what the next decade would bring.

“We thought we were well on the way to decriminalizing marijuana across the entire country,” Stroup said. “But we underestimated the conservative movement that was reflected by Ronald Reagan’s election and Nancy Reagan and the ‘Just Say No’ movement.”

Just Say No — The War On Drugs Rages On

Anti-cannabis hysteria reached new heights in the 1980s as President Ronald Reagan took the War on Drugs to the next level. Mass incarceration exploded and public concerns over drug abuse reached a fever pitch. First Lady Nancy Reagan launched the highly visible ‘Just Say No’ campaign, with the idea that using marijuana would be a gateway to more dangerous substances. With the crack cocaine epidemic gripping the nation, this fear-based approach led to zero-tolerance policies across America.

In an effort to bolster support for such policies and ensure the youth of America were engaged, the Drug Abuse Resistance Education — or DARE — program was created. Founded by Los Angeles Chief of Police Daryl Gates, who famously stated, “casual drug users should be taken out and shot,” DARE was widely adopted by schools across the country. By the end of the decade, hundreds of thousands of non-violent drug offenders were in prison, most of whom are people of color. 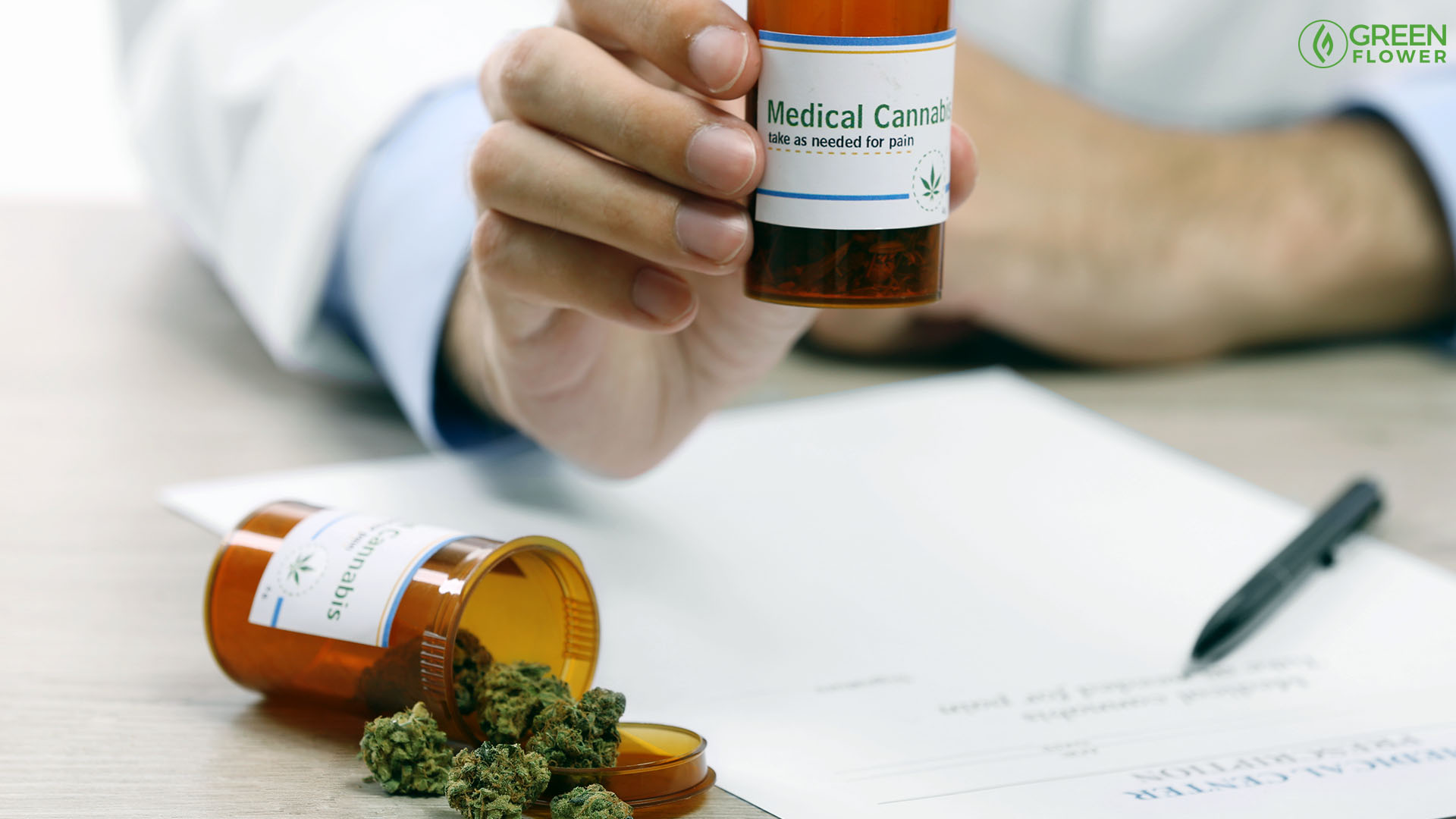 Attitudes toward cannabis began to shift again in the mid-1990s. In California, activists like Dennis Peron and “Brownie” Mary Rathbun, who had been helping terminally ill patients obtain cannabis to help ease their conditions, began to rise to prominence. The concept of empathy toward medical consumers quickly spread, and in 1996, voters in the state approved Proposition 215, also known as the Compassionate Use Act. This made California the first state to approve a legalization of medical marijuana law.

“Once Americans began to think of marijuana as a medicine that was helpful for seriously ill patients, then all of a sudden, this idea that it was somehow an evil substance just didn’t make sense,” Stroup explained. “So it allowed us to reframe the whole question of how should we deal with marijuana, now that we know it’s a medicine, that it helps millions of people, and even for those it doesn’t help medically, it seems to be relatively harmless.”

Other states soon followed suit, with several putting the issue to voters in the years following the success of Proposition 215. However, it would take nearly two decades for full legalization to enter the conversation.

The Rise Of Adult-Use Legalization — The “Green Rush” Begins

As the country entered into the new millennium, support for cannabis reform began to pick up speed, thanks in part to the prominence of state level medical marijuana programs. In 2012, voters in Colorado and Washington voted to fully legalize cannabis for those ages 21 and over. This was a watershed moment, opening the floodgates for the “green rush” to take hold. An entirely new industry was born, and other states took note of the economic opportunities.

However, challenges still remained. Lack of banking compounded by draconian tax laws — both a direct result of cannabis remaining illegal under federal law — has led to difficulties for people trying to break into the business and stay afloat once they’re established. In many states, people with previous cannabis convictions may not even be allowed to work in the industry now that it’s legal.

So where do we go from here?

The quest to legalize marijuana is far from over, even though the majority of Americans now live where the plant is legal in some form. While the federal government did effectively legalize hemp cultivation and production in 2018 with the passing of the Farm Bill, adult-use cannabis and medical marijuana have only seen small victories. The Marijuana Opportunity Reinvestment and Expungement (MORE) Act – which would remove cannabis from the Schedule I list and right many of the wrongs conducted in the name of the War on Drugs – cleared the powerful House Judiciary Committee – but a full Congressional vote has yet to happen. Additionally, the Secure And Fair Enforcement (SAFE) Banking Act – which guarantees law-abiding marijuana businesses in legal states access to financial services like bank accounts – has also picked up support across the political aisle. Trade organizations like the National Cannabis Industry Association (NCIA) continue to lobby politicians toward legalization, but there is still a long road ahead. Thankfully, more Americans support cannabis law reform than ever before, meaning change on the federal level is all but likely in the years to come. Until then, even in legal states, marijuana remains technically illegal.

“In the end, the fight is really about personal freedom,” adds Stroup, who encourages new activists to get involved at the local level in order to create a ripple effect toward revolution. “We don’t change the world one big step at a time. It’s a series of small steps.”