Home Lifestyle Surprise: Most of Us Have Been Inhaling Cannabis the Wrong Way
Lifestyle

Surprise: Most of Us Have Been Inhaling Cannabis the Wrong Way

Good cannabis is expensive. Naturally, you want to get the most out of each and every puff.

Most of us were taught to hold in each toke as long as we could. And a lot of people have been doing exactly that for years. Decades even.

Now cannabis consumers are starting to discover they don’t have to hold it in for so long.

And there’s more: A slightly different way of inhaling cannabis that will optimize your consumption of this medicine and preserve your stash.

Read on to learn how to save medicine and money while enhancing your smoking or vaping experience.

Before we talk inhalation technique, let’s look at what exactly is happening when we smoke (or vape) cannabis.

When smoke is inhaled, cannabinoids like THC pass through the mouth and toward the trachea before entering the lungs.

Once in the lungs, gases and particles are absorbed by small air sacs called alveoli (there are 300 to 500 million of them in two human lungs).

At this point, the magic occurs of transferring cannabinoids like THC or CBD into the bloodstream, where they almost immediately enter the heart to be pushed onward to the brain.

THC absorption doesn’t begin to occur until cannabis smoke passes the first bronchial split from the trachea and has actually entered the lungs.

Regardless of the rate of this process, it’s important to realize that there is no absorption occurring in the mouth or trachea (at least none of significant volume that reaches the brain via this delivery mechanism). 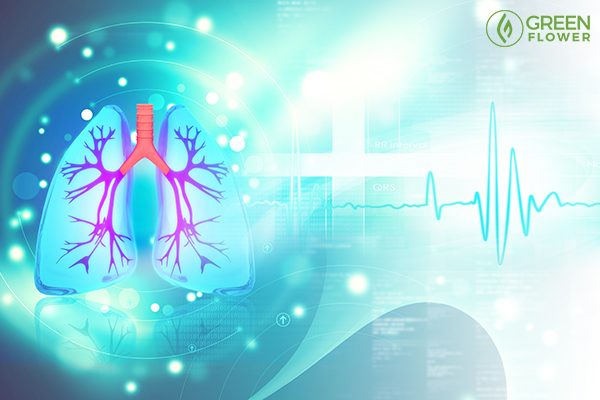 According to Dr. Sunil Aggarwal, a Seattle-based scientist, physician, and cannabinoid integrative medicine specialist, human lungs feature a complex topology. So complex, in fact, that they sport the combined surface area of a tennis court. That’s 540-810 square feet, or about 80 times the surface area of your skin.

It’s easy for us to conceptually analogize our lungs to balloons, or hollow vessels in which we push mostly nitrogen and some oxygen on a continual basis in an effort to stay alive.

However, the lungs are actually extremely thick and meaty organs that are perfect for continual inflation and deflation. These amazing organic devices are full of densely folded, intricate tissue and 1,500 miles (2,400 kilometers) of air pathways serving a single purpose: The exchange of gases with our environment – most notably inhaled oxygen and exhaled carbon dioxide.

Following the brain and heart, the lungs are the body’s most important and prioritized organs.

According to Aggarwal, full THC absorption occurs “within milliseconds” (a few thousandths of a second). To human perceptual standards, absorption is virtually instantaneous during an inhale.

Virtually instantaneous. Hold that thought (but not your breath) and read on to learn more.

From the moment of your inhalation, it can take the cannabinoids under a minute to reach the brain where they will permeate, or jump, the blood-brain barrier.

This process is special because it’s something that endorphins and many other molecules simply cannot do. The cannabinoids from cannabis, however, are invited with open arms to enter this critical and highly protected organ.

In other words, the brain is extremely picky about the molecular mates it allows to come over for drinks and dinner. Many chemicals – nay, most – need not apply (they could damage this delicate organ).

Once inside the cerebrum (which includes the frontal lobes, where all strategic and advanced thinking occurs), these medicinal molecules seek out the CB1 cannabinoid receptors.

The THC molecule has what is called a high binding affinity for CB1 receptors, meaning the two fit together perfectly, like a finely crafted lock and key. This is an essential aspect of cannabinoid signaling and the endocannabinoid system throughout the entire body. 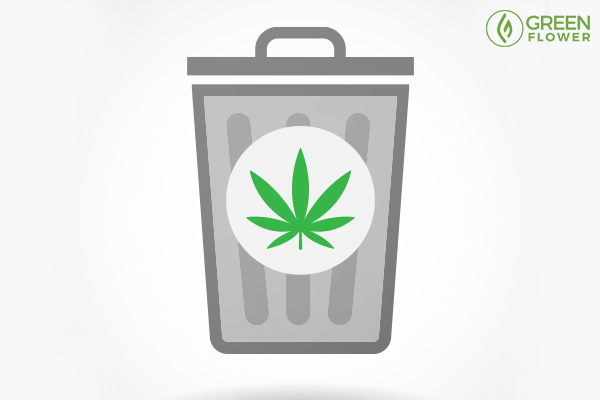 Most of us have wasted a considerable amount of cannabis over the years by executing the inhalation process incorrectly. My apologies for going all penny-pinching canna-nerd on you, but the cost of cannabis is no small concern for tens of millions of people.

This is especially true for patients who are too sick to maintain a job and are continually pressured financially.

Because THC and other cannabinoids aren’t absorbed above the first bronchial split, any smoke or vapor that exceeds the capacity of the lungs will naturally fill the trachea and possibly the mouth and nasal passages.

It is all wasted. One hundred silly percent wasted.

I hesitate to think of the amount of cannabis that I have wasted over the years with my sloppy, ignorant toking style.

It’s sadly ironic that holding in a toke was a purposeful strategy designed to maximize the value obtained from one’s medicine when, in fact, it does just the opposite.

In reality, it was simply a misinformed approach resulting from 80 years of prohibition and misinformation.

Another reason to stop holding tokes

You may easily encounter people who swear that holding their breath when toking improves their resulting psychoactive effect or euphoria.

Aside from the effects of oxygen deprivation, we must recognize that this smoke – like any smoke – is filled with toxins and a few carcinogens. Do we really want to hold it in our lungs?

When vaping cannabis, one doesn’t have to worry about all those nefarious molecules found in smoke.

But if tens of millions of Americans are inhaling pot the wrong way, how should they do it? In the end, this really is a personal decision. As usual, however, I have a few suggestions.

Here is the suggested technique! 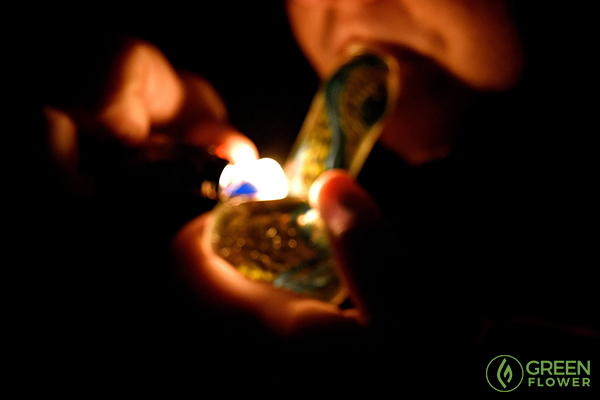 There are many approaches to ensuring that all of the cannabinoids in smoke or vapor produced by your pipe, joint, or vaporizer will reach your brain.

What must be ensured is that a column of smoke-free air, akin to an invisible plunger, pushes all of the good medicine far enough within the lungs for full absorption – below the trachea.

Personally, I slowly and smoothly inhale, pulling in smoke or vapor for the first two-thirds of the toke. For the last one-third of the inhale, I take in a breath of clean air, inhaling as deeply as possible.

A nice, deep breath also helps ensure that the remote recesses of the lungs are exposed to smoke or vapor, which actually improves lung function (ask any asthmatic who embraces cannabis).

This is because THC and other cannabis compounds function as bronchodilators, meaning they widen passages within the lungs and improve respiration.

In addition to the ‘invisible plunger’ technique, there’s another factor to consider when aiming to get the most out of your cannabis supply.

Most patients and cannabis consumers take more than a single toke when titrating (dosing) their medicine.

After that first puff, consider waiting 5 to 10 minutes for the onset of effects. How does this amount of cannabis make you feel? Do you still need more, or is it the perfect amount for now?

A lot of experienced cannabis consumers will take several puffs in that time span, rarely getting the sense of just one puff.

This is part of what it means to use cannabis mindfully. Why are you using the medicine? How do you want it to help you? What is your intent?

In the end, it’s your choice.

Experiment with this new method and see for yourself the difference: Greater overall efficiency.

The next time you’re enjoying a smoke or vape session and notice someone toking the wrong way, drop some science on them in an effort to spread your knowledge and help them preserve their precious herb.

As more research is conducted and humans gain additional insight into the complexities and nuances of the cannabis plant, we’ll obviously gain further knowledge into the best methods for consuming and absorbing cannabinoids and terpenes for medical efficacy and cognitive stimulation.

Trusted by top universities, utilized by companies around the world, and endorsed by the leaders shaping the modern cannabis industry, Green Flower courses are the gold standard in cannabis education and training.
Start Learning Now
0 comment
5
FacebookTwitterLinkedinReddit
previous post

5 Things You Never Knew about Coffee and Cannabis

7 Ways Cannabis Can Boost Your Fitness

How To Read Your Cannabis Ash

Using Cannabis for Stress Relief Could Save Your Life