Why is Kevin Jodrey so revered among the world’s best cannabis growers?

Is it his strong work ethic combined with decades of cannabis cultivation experience, commitment, and transparency?

Maybe it has something to do with his involvement in the U.S.’s initial CBD research or his tireless work mapping cannabis genotypes.

It could also have to do with the fact that Jodrey cultivates some of the best cannabis you’ll ever experience through his grow facility Wonderland Nursery, all while providing a wide variety of cannabis genetics and expertise to the Emerald Triangle in Humboldt, California.

So you could say Jodrey is a cannabis legend for all of the above. Plus he’s a really great guy. 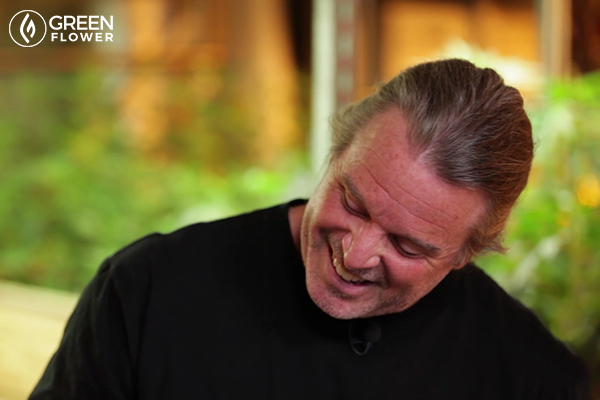 It all started when Jodrey was a kid on the East Coast. He remembers his old neighborhood as basically a drug trafficking zone, where he was exposed to cannabis at an early age.

And even then cannabis genetics were a factor at the front of his mind. “I was able to access genetics through all the seeds from all the material that was coming through the neighborhood,” he recalls. “And I started cultivating in probably 1980, 1981. I started indoor in ‘89.”

The initial attraction to cannabis, for Jodrey, were the personal effects. “I liked the effect, and I was enthralled by what happened when you consumed it and how it took your mind in all these directions,” he says.

However, the more time Jodrey spent with the plant, and as he eventually took his cannabis career to the West Coast, his perception of cannabis continually evolved.

“I became interested in how it was used medicinally and started to see cannabis being used in a medicinal form in a way that was undeniably real,” Jodrey explains. “And it started to give me an appreciation for the complexity of cannabis in a way that I hadn’t seen prior.”

Essentially, he’d realized that he was only scratching the surface and began to appreciate the plant more from a scientific point of view, inspired by its complexity and survivability.

And now Jodrey’s all about sharing that appreciation “so that others can see what a phenomenal plant we have in our world which we can use for so many purposes,” he says.

“It’s the most complex plant in the plant kingdom. Nothing has more chemical activity occurring within it then cannabis, so it’s a higher-level plant to me. It almost makes me wonder, does cannabis drive us to work with it or do we drive cannabis?”

The relationship is confusing, Jodrey continues, because cannabis is the most widely dispersed plant on the planet. “And mankind made that happen. They took these things with them wherever they traveled, wherever they moved, and then developed it to work for their purposes, be it fibrous, be it medicinal, be it spiritual – and everything was contained in that.”

For Jodrey, it’s inspiring to consider cannabis from this big picture perspective all the way down to the bare-bones science. “It’s like a never-ending hole of discovery you tumble into, and it piques my curiosity in a way that I know I’ll never be able to fully satisfy, which is what I like,” he says.

Cannabis as a Global Opportunity

As more countries around the world come online with new cannabis laws, it also means a lot of opportunity for people who want to get involved in cannabis cultivation and genetics.

Much like what we saw with the computer industry, people from many different backgrounds are finding their niche in cannabis, and different industries are getting involved as well.

Jodrey talks about how as other industries get involved, bringing in new technology and tools, it will further enhance the need to create a credible education process that covers every aspect of what is quickly shaping into a mega industry right before our eyes. 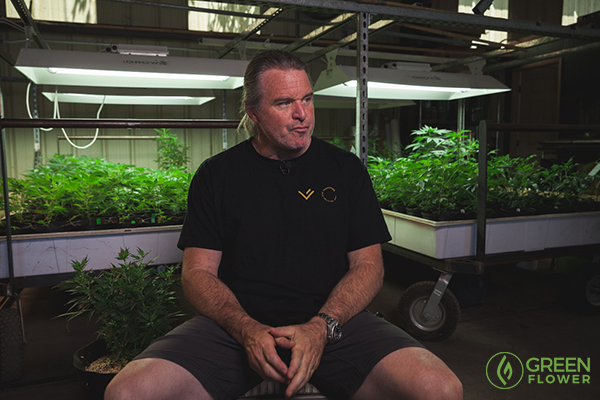 One of the biggest challenges the cannabis industry faces early on is keeping up with high demand.

The industry is so young that many operations are still developing and streamlining their processes.

This also includes coming up with standardized training programs that will prepare cannabis workers and quickly get everybody on the same page.

The need around education like this is why Kevin Jodrey, along with a few other legendary cultivators, joined Green Flower Academy to help develop the new Cannabis Cultivation Certificate Program.

“The thing with a program like this is that in the midst of creating this new industry, we now have the ability to equip people with skill sets where they’ll have the tools needed to show up and be able to understand the verbiage and have an idea of what is occurring,” Jodrey notes.

“And from there you’re able to refine your processes in-house, instead of just showing up with new skills and picking up some random book that hasn’t been vetted, which makes it very difficult.”

Once you start to understand the bigger picture, Jodrey emphasizes, it makes it a lot easier to do your specific job, especially when you understand how what you do impacts people downstream from you. You realize how important your work is and it creates a level of integrity through the entire production chain.

The Biggest Challenge in Cannabis

The cannabis world, with all its momentum, certainly has its share of challenges. However, the biggest challenge of all isn’t always what people think.

“The one thing that needs to be addressed more than anything else is perception,” Jodrey says.

People are often afraid that working in cannabis will diminish their reputation or compromise their ability to do other things, he says. That’s a perception we need to change. This isn’t simply an industry full of stoners.

“There are a lot of self-driven plant technologists and hard-working cultivators here,” Jodrey says. “And people who use cannabis aren’t just simply looking to get high. They’re looking for some incredible effects to change the true quality of their life.”

Removing the stigma is what allows us to increase awareness of the true situation, Jodrey adds.

In this case, it will allow more people to benefit from cannabis in many different ways.

Dropping the stigma also means new opportunities for people who are dissatisfied with their current work and want to be a part of something that adds a real benefit to people’s lives.

“Most people work in a place they go just to make money, and there’s no shame or crime in that,” Jodrey reflects. “It just doesn’t give you a reward that creating things does like what we had with the old craft industry in America where we were actually a part of manufacturing and creation.”

For Jodrey, being able to see and experience an end product you created is infinitely more satisfying than something like data entry, which is what so many people are doing now.

“With cultivation you are actually touching something and watching it go through a process, taking it from birth to death, repeating the process, refining the process,” he notes.

“New [cannabis] forms are always coming in and you’re always being challenged, being exposed to new scientific advances… so there’s this humility that also comes from growing.”

The Future Of Cannabis Brands

How To Ace A Cannabis Job Interview

How To Write The Perfect Cannabis Resume