Few people have as much experience and study with cannabis as Mel Frank, who is hailed as the ‘Godfather of Marijuana Growers.’

Frank has been working with cannabis for 50 years, growing it, developing it, experimenting with it and writing about it in his three books and numerous articles.

It all started in 1968, not long after he tried his first joint. He’d just finished four years in the Navy, had moved to New York City and rented an apartment – and back then, the Mexican and Colombian cannabis available on the streets had a lot of seeds.

Frank was already growing other plants in the apartment; why not plant these cannabis seeds? Little did he know, those seeds would help sprout an entire movement.

“I didn’t start out as a crusader, but I kind of grew into a subversive crusader simply from my research and learning of the history of cannabis,” Frank notes.

Soon after his early grows, Mel Frank crossed paths with another cannabis enthusiast, Ed Rosenthal, and they began to collaborate.

After Frank finished his Bachelor of Science in Biology at City College in New York in 1975, he moved to California, where he and Rosenthal continued research and work on what would become the Marijuana Growers Guide Deluxe, published in 1978.

The book would become a must-have “Bible” for underground cannabis cultivators around the world, with Dutch, Danish and Australian editions, and illegally translated versions in a number of other languages.

Meanwhile, Frank amassed more than 100 landraces and bred and hybridized constantly. Two of the legendary varieties he developed 40 years ago, such as Durban Poison and Afghani 1, are still popular in the industry today. 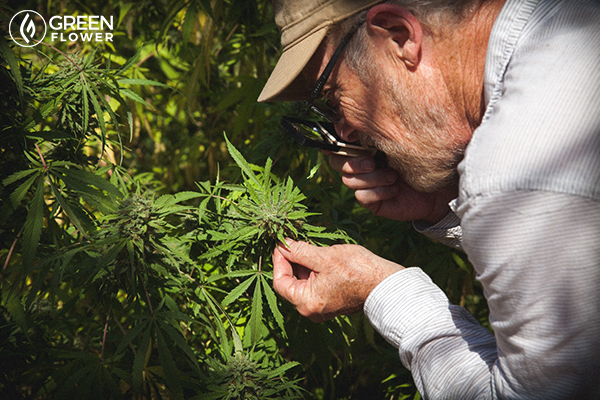 Today, Frank is still very much attuned to the burgeoning cannabis landscape and offers his expertise through consulting, lectures, and most recently the Cannabis Cultivation Certificate Program for any person or company looking to train on the essentials of growing great cannabis.

And while it’s an exciting time for the cannabis industry, there are still plenty of challenges to navigate.

“Everything about the industry is still evolving. With the required testing, I still see reports of a considerable frequency of banned pesticides or fungicides in products,” Frank says.

He emphasizes how using such products shouldn’t ever be necessary for cannabis cultivation under proper atmospheric controls and cleanliness. And, when they do show up in cannabis, it only shows a failure on the grower’s part.

“If [cannabis growers] have to use things that are prohibited in order to produce a product, then obviously they don’t know what they’re doing, because plenty of people – the great majority – do produce clean products in compliance with their state’s standards.”

The testing aspect of cannabis is just one of many areas where Frank sees opportunity for improvement.

“Even the procedure for testing is something I’d like to see worked out much better in terms of how the sample is chosen, which should be chosen by the testing facility itself,” Frank says.

When producers submit their own samples for required testing, it’s all too easy for them to keep resubmitting the same clean batch so they can get the desired results.

This kind of malpractice isn’t good for anyone.

How to Grow the Best Cannabis? 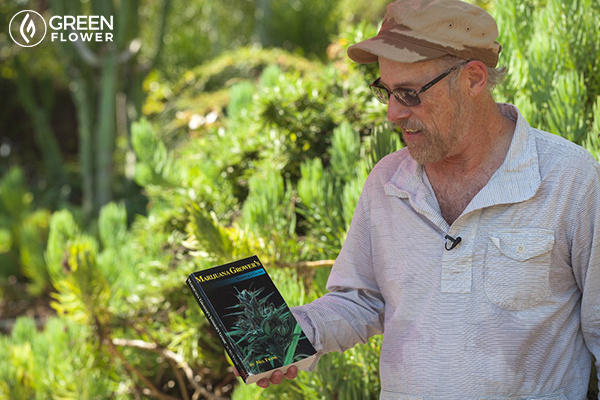 When you’re learning from such a legendary cultivator as Mel Frank, one of the biggest questions is how to grow the best cannabis.

Building up experience is a key component, he says, and aside from that everything starts with superior genetics.

“You can’t grow superior cannabis unless you have superior genetics, because the potential is in the genes and proper cultivation and curing is how that potential is realized,” Frank says, adding that breeding is an area that will become much more sophisticated as the industry evolves.

“The big push for many years was just for higher potency. Now the focus is more on fragrances, tastes and the quality of the high, and that largely depends on the terpenes. Also, with the medicinal aspects, breeding for certain cannabinoid combinations is a major industry push.”

Indeed, the significance of different terpene and cannabinoid profiles are a much-welcomed area of focus, especially for medicinal uses.

In a space where there are so many misconceptions and information gaps, even among people who already work in the industry, there’s a lot of opportunity and advantage to learning the botanical facts around cannabis and the fundamentals of how to properly cultivate it.

One of the biggest problems the industry has had, Frank continues, is in the Master Grower class.

A Master Grower must be capable of managing extremely large commercial grows – be it indoor, outdoor, or greenhouse.

Unfortunately, the industry has experienced a number of huge failures with “Master Growers” who didn’t know how to manage grows on much larger scales.

“You have people who’ve grown with two lights or even 20 lights and thought they knew what it took to grow with several hundred lights or more, or their experience was backyard growing, and now they’re overseeing acres, and those much larger grows present very different challenges,” Frank says.

“Once you scale up, the problems become bigger and more diverse. And the ability to control everything becomes far more difficult.”

Frank recalls one operation that recently ran into exactly this problem.

“After the contract was up with the initial builder and manager, the owner decided to cut costs and hire a new guy for much less money, and the result was he lost the entire crop – not just one aspect of it, but every grow in the building.”

What happened? The new grower did not impose strict cleanliness guidelines and other procedures the original manager had mandated, and they ended up with contaminated plants. They had to shut down all three grow systems, destroy all the plants, and disinfect the entire facility before they could begin again, Frank says.

The operation lost millions of dollars as a result.

People don’t realize how easy it is for contamination to occur, and how huge and devastating it is to lose what basically amounts to conveyor belt operations.

When things are running smoothly, you have a system with sprouts in one room, clones in another, veg plants in yet another, which populate your flowering rooms and, finally, harvesting, curing and processing.

Harvests are done every week or so in well-run operations. This keeps the workforce always doing their designated responsibilities and every room is constantly in operation, whether it’s a grow room or manicuring room.

“Once you have a problem, say an infection of broad mites, the conveyor belts stop. Everything stops, and it’ll take months before harvesting begins again,” Frank notes. “Meanwhile, most of the workforce is not able to do their designated jobs. It’s extended downtime and very costly.”

Industry Training More Important Than Ever 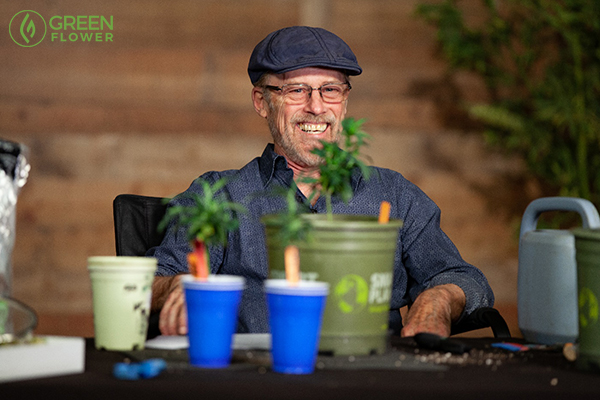 Many cannabis cultivation operations are indeed learning the hard way that solid training programs are important at every turn, from entry-level to Master Grower.

“When grows have workers trained on all the basic principles, they can plug a person in at different stages of the grow, and from there it’s just a matter of procedure,” Frank explains.

“When you demonstrate that you’re trained, you are hirable and it’s as simple as that. Instead of just wanting to get into the industry, put yourself into a position where the industry wants to hire you. And just because you’ve grown cannabis doesn’t mean you’re qualified to work on an industrial scale,” Frank adds.

“You only become a Master Grower by actually being around Master Growers and learning how an operation is run. That’s how you learn the trade, so coming in on an entry-level is fine,” he says.

“First get training in the basics: learn about the cannabis plant, its unique characteristics, its cultivation needs, and the steps necessary to produce quality products consistently. Then, if your dream is to become a Master Grower, you have to get into the industry and learn what that entails.”

Frank worked on the Certificate Program along with other legendary, highly-respected cultivators, and it covers all the crucial fundamentals of growing.

“Knowing what a hiring manager is talking about when you’re asked about – say cloning or mother plants – is all-important. The manager knows that you’re ready to be useful right away. Just using the correct botanical terms will tell people whether you’ve had proper training,” Frank says.

Frank hears botanical terms misused more often than not among industry employees. This is becoming increasingly important as more botanists and horticulturists join the industry. Using botanical terms such as calyx incorrectly signals that you haven’t been properly trained.

“In order for you to be able to communicate with these professionals at a level where there’s mutual respect, you have to know about the plant,” Frank adds.

“Part of the problem is that in lieu of formal training, many people are getting their information from chat rooms and other unvetted sources online, or in books that oftentimes simply repeat incorrect information or don’t address commercial-scale growing. Online you’re overloaded with information and no idea of what’s true or what isn’t true, and that’s a huge problem.”