“I want to stress, this is not a pro-pot movement, this is an anti-prohibition movement,” said Steves. “In my state, we’ve learned that prohibition is just a costly mistake.”

Steves did not mince words during the press conference, stressing the importance of his support although he stands little to gain. “Seventy thousand people are locked up in our country every year, seven hundred thousand people are arrested for possession of marijuana – nonviolent crimes.” He emphasized, “They’re not rich white guys, they’re poor people and they’re black people.”

One of the leading forces behind Initiative 502, Steves contributed both his voice and his financial support to help Washington state overturn cannabis prohibition. He is also a longtime board member of the National Organization for the Reform of Marijuana Laws (NORML), and regularly tours the country to speak out in favor of cannabis legalization.

Steves testified before a group of 20 lawmakers regarding a series of measures to legalize cannabis. House Bill 2353 and Senate Bill 316 would legalize the use and possession of up to 28 grams of cannabis for Illinois residents 21 years of age and older. Sen. Heather Steans and Rep. Kelly Cassidy (D-Chicago) cosponsored the measures together, urging lawmakers to consider the financial benefits of cannabis legalization.

There were plenty of notable figures testifying in favor of legalization. Rep. Dan Pabon (D-Denver) spoke of his initial opposition to legalization in Colorado, an opinion that changed with the careful regulation from Colorado lawmakers. “The way to get rid of the black market is to allow the free market to take over,” Pabon said.

Adam Orens of the Marijuana Policy Group also testified. “What you saw was that this had spillover economic effects on more than about 90 percent of the other industries in [Colorado],” Orens said, noting that legalization had positively impacted tourism, security, greenhouse technology and even banking.

Is Cannabis Legalization Moving Too Fast or Too Slow? 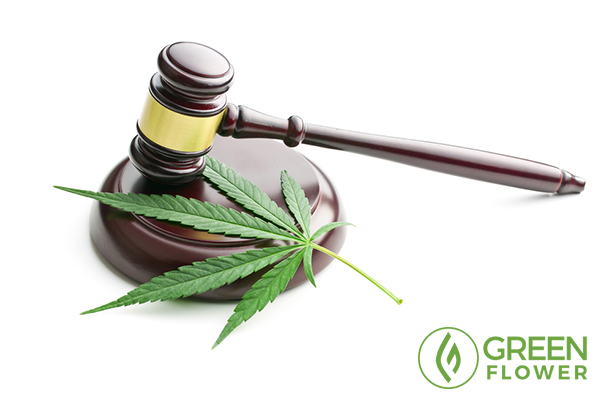 Cannabis and other substances are a public health issues. Not a criminal issue.

Some lawmakers were open to hearing more about legalization, but at least one state Senator raised his concerns. State Sen. Dan McConchie (R-Hawthorn Woods) cited statistics indicating a rise in use after legalization. “There’s been a number of broad-brush statements that you have made … but the data does not bear that out,” McConchie said. “I think we would be jumping the gun to legalize this in the absence of robust data.”

It might also be helpful to understand that the decision to prohibit cannabis was never backed by any science-based data.

Rick Steve further elaborated on the benefits of legal cannabis:

“We’ve taken a black market that was empowering or enriching organized crimes and gangs, and we’ve dismantled it. We’ve turned it into a highly-taxed, highly-regulated legal market employing 26,000 people,” Steves pointed out.

“We’ve been able to redirect precious law enforcement resources away from petty pot issues and onto serious crime, and our governor now has $300 million dollars in tax revenue we wouldn’t have otherwise put to very good use, earmarked for health issues, drug prevention issues, and our general fund.”

In addition to being instrumental in leading the charge for Washington to legalize cannabis, Steves also traveled to Massachusetts, Oregon, and Maine to encourage voters and lawmakers to support cannabis legalization.

Join the Movement: Why Cannabis Reform Benefits Everybody (Especially Non-Consumers)