Home Cultivation When is the best time to plant cannabis outdoors?
Cultivation

When is the best time to plant cannabis outdoors?

The increase in cultivation reform has resulted in a rise in interest in growing cannabis among cannabis consumers.

Cultivating cannabis can be one of the most rewarding activities that a person can do, and with a pleasant reward at the end of all the hard work (assuming the cannabis is grown right).

If you are thinking about cultivating cannabis, one of the first things you will need to determine is whether to cultivate cannabis inside or outdoors.

Why cultivating cannabis outdoors can be better than growing indoors 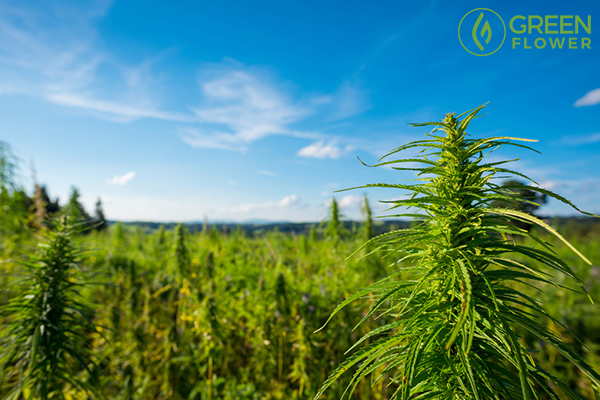 Growing cannabis indoors has its benefits too, but for people that want a lower maintenance garden, cultivating cannabis outside is the way to go.

An obvious question – when is the best time to plant cannabis outdoors?

One of the first things that a grower needs to determine when planning a sun-grown garden is when to put plants into the ground.

A one-size-fits-all approach does not work. A number of factors are involved:

Ultimately what a grower needs to try to avoid is planting the plant(s) too early in the year, which could result in the plants dying due to the soil/air being too cold.

Also, the grower needs to avoid planting the plants too late in the season so to ensure that the plant(s) has enough time to go through a full growth cycle.

Generally speaking, you want to plant your plants in the ground outside in early to mid-May, similar to when it’s recommended to plant tomatoes.

Tomatoes do not grow exactly like cannabis, but for planting purposes, they are almost identical. With that being said, each part of the country is different.

A great resource to look up the recommended planting date for where you live is the Farmer’s Almanac.

Simply enter your location and it will tell you when is the best time to plant tomatoes outside, which can double as the date for when to plant your cannabis too.

Getting started ahead of time is key

If you are growing from seed, you will want to germinate the seeds at least 6-8 weeks before planting.

A way to cut down on the prep time is to use a clone if you are able to. Clones are often harder to find than seeds. Each route provides its own advantages.

Growers can get a head start by letting their plant grow indoors for a few weeks prior to putting them inside. This obviously requires a greenhouse or indoor garden.

By allowing your plant to grow in a controlled environment while the air and soil outside is warming up, you give your plant some additional growth time, resulting in a larger plant.

Other tips that can help

If you live in an area where the warm season is shorter than in other parts of the world, there are two tricks that can really help.

The first is growing your cannabis plant in a container rather than planting it into the ground.

This allows you to move your plant to the most favorable parts of your yard to get the most sunlight as the season goes along.

Putting your plant in a container also allows you to bring the plant in at night when the temperature drops below a desirable threshold.

The second tip is using a concept known as light deprivation, or ‘light dep.’ This method involves cutting back on the sunlight time that a plant receives by cover the plant up after 12 hours of sun.

It’s a tricky method that requires using a tarp over a greenhouse or building a box that can go over your plant.

When you first plant your cannabis plant outside, the amount of daylight at that time is usually around 14 hours.

As the season goes along, and your plant is big enough, you can cap the amount of light it is exposed to at 12 hours and your plant will start to bloom faster than it normally would, thereby helping your harvest come sooner.