Home Industry Steve DeAngelo: The Godfather of Modern Cannabis Wants to Talk to You
IndustryInsider

Steve DeAngelo: The Godfather of Modern Cannabis Wants to Talk to You 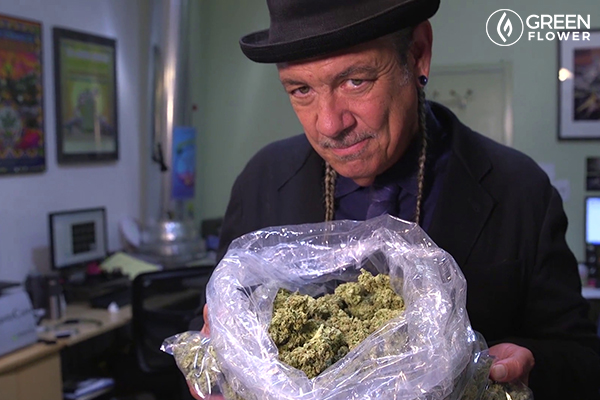 Steve DeAngelo will never forget the first time he consumed cannabis. He was about 14 years old, and a pretty girl had invited him to a “Mexican tea party”, where the young Steve had his first smoke.

At first, he didn’t feel much, however on the walk home…

Steve recounts a heightened sense of alertness and connection to the immediate environment. The warmth of the sun on the back of his neck, its rays filtering through the trees overhead, creating patterns on the ground. The crunch of dried leaves beneath young Steve’s shoes.

“Looking backwards I recognize this as being my first genuine spiritual experience. As I’ve gotten older, I’ve come to sort of a nature-based spiritual path, and that was my first step in that journey.”

Steve would go on to become one of the top cannabis activists and entrepreneurs in the world. He likes to joke that some kids pick up a violin and they start playing, some kids get in front of the computer and start writing code – he picked up cannabis.

However, it’s not a joke at all when you consider the damage that cannabis prohibition has caused and the epic work that Steve has done – including going face-to-face with the federal government in a four-year legal battle – to help fight that prohibition and achieve reform.

“I always loved cannabis. I knew it was going to play this important role in my life, but I hated being a criminal. I hated hiding. I didn’t think there was anything wrong with what I was doing, and it really irked me,” he explains. “Legalizing cannabis was a prerequisite for my own personal happiness, so I made it my mission.”

First Confrontations with the Federal Government 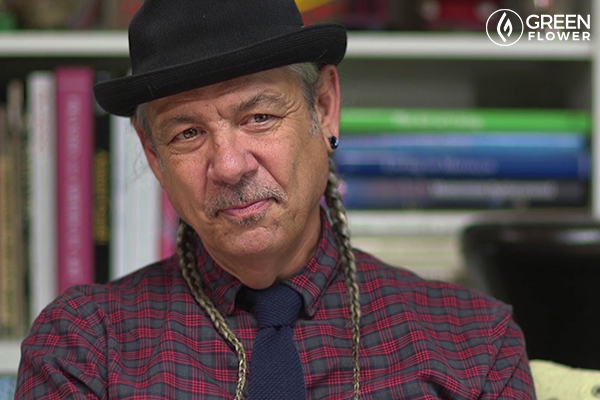 “The response that we got by doing smoke-ins on the streets would vary with different presidents. In the 1970s when Jimmy Carter was president, smoke-ins were basically not policed at all, and they grew to be these huge events,” Steve says.

“But when Ronald Reagan came into office, he sent the park police after us like an invading army. We had lines of dozens of park police in riot gear on these big huge horses charging at us with long riot sticks, cracking skulls.”

As Reagan and subsequent presidents pushed the ideology of a “drug-free” country – which has never existed in the history of the world – cannabis remained very much underground, kept alive by a network of reformers, activists, and growers – many of whom lost everything including their freedom.

“The danger is not really the thing that gets me the most though,” Steve says of his reform efforts. “I stopped worrying a long time ago about going to prison or having everything that I own seized from me. What keeps me up at night now, what really bothers me now is knowing how many millions of patients that need help around the world, [people] who have misery-causing conditions.”

The first big cannabis reform milestone came in 1996 when California passed Proposition 215, legalizing cannabis for medical use. The victory came thanks to the hard work of activists like Dennis Peron, who helped author Prop 215.

A few years later, Steve acted as lead organizer and fundraiser for Initiative 59, which would have established cannabis dispensaries in his hometown of Washington DC.

“We won with 69 percent of the vote and carried every single precinct in the city. Unfortunately the U.S. Congress stepped in, vetoed the measure, and would not allow the law to be implemented. This disgusted me, really,” Steve recalls.

“I had been, like most Americans, brought up with the idea that every person’s vote was sacred. Democracy is something that generations of Americans have fought and died and sacrificed their lives for. It is sacred and nobody should ever violate it. To have the U.S. Congress step in and invalidate an election where 69 percent of the people voted [in favor], made me so furious and disgusted, that I decided to leave DC and come to California where it was clear that the law that had passed in 1996 was going to be implemented.”

Trailblazing in the Cannabis Industry 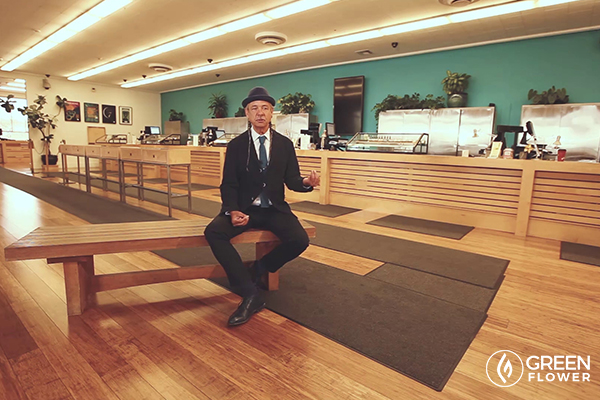 Since making that fateful move to California more than 20 years ago, Steve has co-founded three of cannabis’s most successful companies, including Harborside, what became the largest medical cannabis dispensary in the world, Arcview, one of the largest cannabis investment networks, and Steep Hill Laboratory, the first commercial cannabis testing facility in the U.S.

The success has been far from easy.

One of the greatest challenges of Steve’s cannabis career came when the feds shut down 600 state-legal dispensaries across California (all by simply threatening the landlords with a form letter).

Instead of complying, Steve rallied the support of his community and fought the U.S. government every step of the way until the Department of Justice dismissed the case four years later. Today Harborside is still considered the gold standard for medical cannabis dispensaries.

The DeAngelo Brothers Are Never Going to Stop 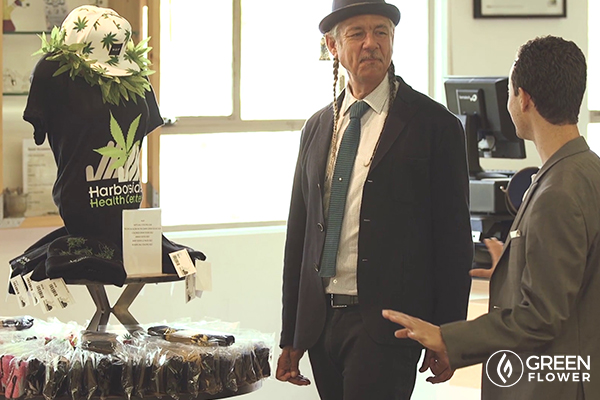 Essentially, Steve has compiled a rare amount of experience on all sides of cannabis, from business, to policy, to activism, to what the plant can teach us, and he hasn’t done it alone. His younger brother Andrew has been there every step of the way.

“Steve and I have been doing this for a long, long time, and we’re not gonna stop until every single person is out of prison for this plant. Not just in the United States, but everywhere in the world. So we’re probably not going to stop until we are dead because I doubt we’ll be able to turn [every country] in our lifetime,” Andrew DeAngelo says.

“And that’s a very deep-rooted passion that we have. We’ve been working with the cannabis plant for so long, and we’ve made all the mistakes. And we’ve learned from those mistakes. We’re also unique in that my brother Steve is just a brilliant visionary and leader, and there’s nobody cut from that same cloth.”

Andrew handles a lot of the operations in the businesses he and Steve work on together as well as some business development along with the occasional public appearance, most of which Steve handles.

Their chemistry has always been strong. One or both of them will come up with an idea, and together they’ll see it through to fruition. “We just have a very unique one-two punch of the DeAngelo brothers. That’s really the secret sauce,” Andrew says.

How Steve Uses Cannabis to Be More Productive 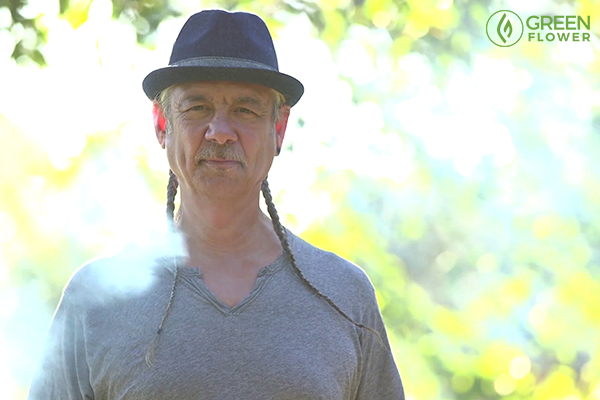 It’s inarguable that Steve has achieved an extraordinary amount over the past 40+ years. One of the most interesting components to all of this is his transparency about his own relationship with cannabis – how he’s used it to be more productive, thoughtful, and balanced in his life.

“I sit in the middle of a very active world. I manage a number of different companies; I’m involved in politics, I’m a public figure – there’s a lot of things that I need to juggle, and many of them are stressful. And cannabis gives me a solid, emotional psychic foundation to navigate my way through all of those challenges,” he explains.

“Cannabis allows me to focus on what’s most important and not be distracted by all of the other concerns that are going on. It allows me to approach problems in a way that is more dispassionate and more carefully considered. It allows me to communicate in ways that are more effective and more likely to produce the results that I’m after.”

Generally, Steve will consume large amounts of cannabinoids throughout the day – both psychoactive and non-psychoactive – via the edible format. In the evening, he’ll switch over to vaping a solventless extract to help him segue from work into a more relaxed mood.

“Maybe the real reason why I’ve got this incredibly intense relationship with cannabis, maybe it’s biochemical. I consume a massive amount of cannabis every day, more than most people can possibly tolerate. Maybe there’s something in my biochemistry, maybe I have an endocannabinoid deficiency, maybe there’s something going on with me that really pulls me towards this plant.”

As cannabis reform continues to unfold and prices of legal cannabis come down, Steve’s hope is that more people will have the opportunity to use cannabis more frequently, which he sees as a very positive thing.

“What isn’t really totally clear yet is what effect this increased use of cannabis is going to have on bigger, more intractable social problems. Things like sexism, things like homophobia, things like racism, things like warfare. We don’t know yet, but we seem to be moving in a good direction,” he said on stage.

“And I believe, to the core of my being, that these public health benefits, all of this good stuff we see happening in the world as a result of increased cannabis use, it really flows out of the effects cannabis has on us as human beings.”

One of Steve’s favorite talking points revolves around the “overlooked wellness benefits” of cannabis, and how this plant can actually teach us lessons if we take the time to listen carefully. “I’m thinking things like the ability of cannabis to extend patience, to encourage tolerance and open-mindedness, to heighten appreciation of nature, to engage self-examination, to teach more peaceful ways of resolving conflict,” he said.

“Those are qualities that are desirable in any group of human beings at any time and any place.”

But in the world we live in today, Steve continued, “this world that is so distressed, this world where we see tolerance seemingly slipping away at a greater pace day by day, almost minute by minute. A world where people are fighting each other and killing each other and killing themselves in the most horrible, shocking kinds of ways, for the silliest and crazy of reasons – these qualities [cannabis can provide] aren’t just desirable, they may actually really be essential.”

Cannabis Reform is on the March in Europe

The Future Of Cannabis Brands

How To Ace A Cannabis Job Interview